‘Miracle’ Makayla Saulter, 13, Discharged From Hospital After Neighbor Shot Her In The Head

MINNEAPOLIS (WCCO) — Not all kids are smiling as they log on for school each morning. But one can understand why something so simple means so much to 13-year-old Makayla Saulter and her mom, Mildred.

“I was low but I was praying at the same time, and I knew [Makayla] would have a full recovery, I just didn’t know when or how,” Mildred said. “But my faith is very strong so I knew she was gonna make it through.”

Makayla had to celebrate her birthday at the Hennepin Healthcare in September, complete with a car parade outside, after she and her older sister Canisha were shot outside their Bloomington home in late August.

Investigators said their neighbor, Jason Mesich, fired at the Saulters as the family was putting items into a moving truck. He is also accused of shooting and killing his wife, Angela Lynn Mesich, during the same incident.

“I once talked to [Makayla] about it, but she said she doesn’t remember, and that’s a good thing,” said Canisha, who was shot three times in her legs. “I mean, rather me remember than her, go through that pain than hurt.” 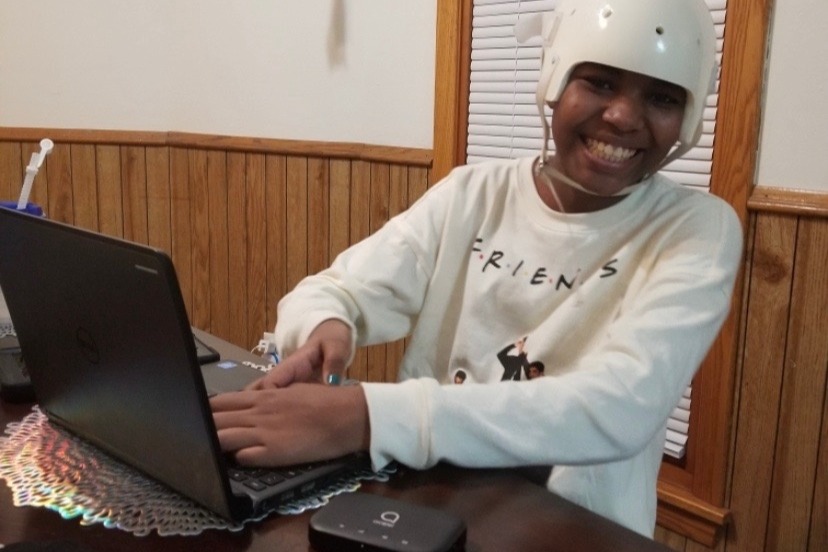 As mom stayed alongside Makayla every day in the hospital, cousin Anthony Smith continued to show his support from afar. He continues to champion her new nickname.

“’Miracle Makayla.’ You know, being told you’re not gonna ever wake up, to looking just fine,” Smith said. “You wouldn’t even know she got shot in the head.”

With her recovery progressing well, Makayla was discharged last week.

“It was the greatest feeling because, you know, we came a long way,” Canisha said.

Mikayla’s family say she’s back to her normal self, with the only difference being her new helmet.

“This part of my skull is missing,” Makayla said as she pointed to the side of her head. “They had to take it out because it was too damaged, and I haven’t got the surgery to get a new one yet so I have to wear this.”

It’s a protective reminder of the life-threatening scare she, her sister, and her mother have overcome.

“Just strong women, you know, an inspiration. Look up to them,” Smith said.

A GoFundMe page was set up to help pay for Makayla and Canisha’s recovery. Makayla specifically has several months of therapy ahead in addition to her impending surgery on her skull. The donation page has already raised more than $100,000.

“It’s such a blessing, and no words can describe how much our family appreciates it because it does help us get through this hard, trying time in our lives,” Mildred said.