MINNEAPOLIS (WCCO) – It’ll be a windy throughout the weekend, but temperatures will warm before a fresh round of snow makes its way through Minnesota next week.

Saturday started with temps below zero for most of the state, but strong southerly winds will be bringing in milder air. Winds in the northwestern part of the state will especially pick up, and could result in lower visibility due to the blowing snow.

High temperatures in the metro will reach 20 degrees on Saturday and 42 degrees on Sunday – which could turn out to be the warmest day of February. Southern Minnesota could reach the 50s. 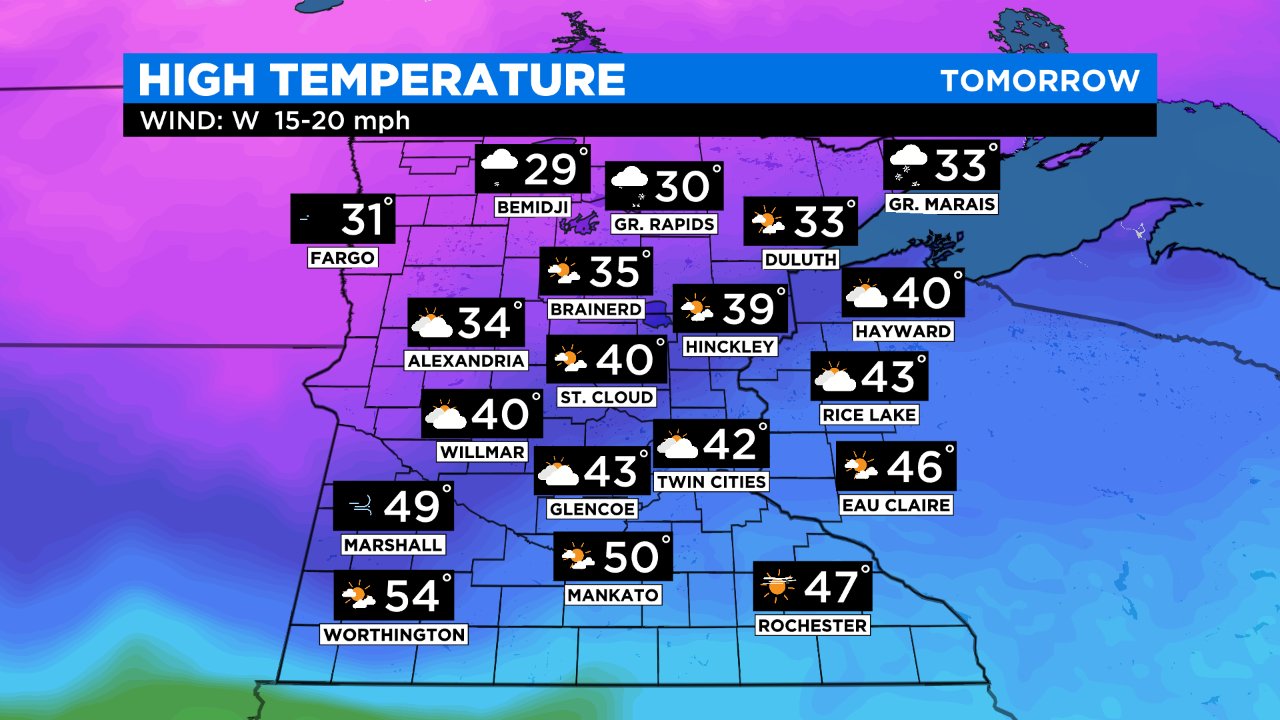 But the snow starts moving in on Monday during the morning commute, and will stick around into Tuesday. Strong winds will be a factor, but it’ll be all snow, with no mixing.

As of Saturday morning it’s less clear what the exact storm path will be.

After the snowfall, temperatures will drop again mid-week.