MINNEAPOLIS (WCCO) — An unknown number of people are stranded on a separated sheet of ice on Lake Superior Tuesday morning.

The people were ice fishing prior to being stranded. 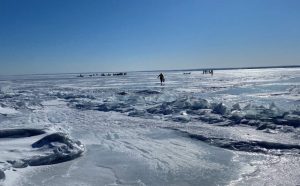 This is a developing story. Stay with WCCO.com for more details.